Helpful Tips for the Sandwich Generation

In Part 1 of Surviving the Sandwich Generation, I told you how I got “sandwiched.” I talked about babysitting my grandchildren and bringing my mother-in-law into our home. It may have sounded so easy; just make your house handicapped accessible and everything will just fall into place. Unfortunately, those were just the beginning steps. They were steps anyone who is caring for a parent in their home should do; make things handicap accessible because even though your parent may be walking around just fine now, life changes rather quickly. Here are some helpful tips to make the transition easier.

We had a routine at our house; I helped Mom with her clothes in the morning and started her coffee. Paul got her breakfast ready before he headed out the door to go to a meeting or to babysit grandchildren. I got mom settled into her lift chair and turned on a pretty music CD, the radio, or TV depending on what she wanted. Sometimes she just wanted to read. She was a voracious reader. I brought home six books a week for her from our church library. When she needed to make a trip to the bathroom, she took the short walk down the hallway and back to her chair. This was my time to start laundry, do the dishes, and have a short devotion time and read my emails. When it was time for lunch, Mom sat at a chair that rotated and did not need to be pushed in under the table. After lunch, it was time for her nap. Once she was sleeping, I snuck upstairs to my office to write.

Remember Your “Normal” will Change Often.

I was so glad we had set up this routine, because four months after she moved in with us, Mom woke up one morning and could not see out of her “good” eye. The retina had been damaged in her left eye years ago. Now she’d had a stroke in the optic artery to the right eye. Though we rushed her to the eye doctor, she still lost the sight in that eye. Suddenly she could not see to read, we became shapes when she looked at us, and we had to tell her what was on her plate. But because we had a good routine, she still knew her way to the bathroom, bedroom, living room, and the dining room. I still helped with her clothes and she still napped while I worked.

Paul bought two new doorbells. Each one came with two buttons. We put one doorbell in our bedroom and one upstairs in my office. The buttons for her to call us went in strategic places like her bedroom, the bathroom, and the living room next to her chair. Now if she needed us, we could hear her ring from any room.

Get Some Outside Help so You Are Not Home-bound Too.

After our second son, Bob, began his family, another babysitting venue opened up. I was a little envious when Paul would go off to babysit Ben’s girls or Bob’s new baby and leave me with his mother. I let him know how I felt and he went to work to rectify the situation. We heard about a service that had just started in a nearby town. It was called Home Helpers and was run by local people. We signed on and received a wonderful woman named Shelia who came in on Mondays so Paul and I could go babysit Bob’s new daughter and on Tuesdays so we could both babysit for Ben’s daughters. Sheila dressed Anna and fed her breakfast and lunch. We got home in time to fix her dinner and spend the evening with her. After dinner, I read to her. Anna and I both love books, so I became her eyes.

Paul checked with the county nurse and found out that she could come out once a month and check Mom’s blood pressure and other vitals. Not only that, but for an extra fee we could have a woman come and give her a bath three days a week. So Nurse Dixie and Helper Debbie came into our lives and took a big burden out of our hands. An advisor showed us how to apply for Anna’s deceased husband’s veteran benefits from the VA, and we were able to use those benefits to pay for Anna’s special helpers.

Ask Family to Help. They Love Their Parent Too.

Paul’s sister, Pat, had been spending Fridays with her mother when she still lived at her old home. She took Anna to her hair appointment and out to lunch. Though Pat was happy that her mom was living with us, she missed that special time with her. Pat asked if it would be OK if she took mom to her hair appointments from our house and then took her out to lunch on Fridays. We jumped at her offer. Later when we wanted to go out with friends on a Friday night, we asked Pat to stay later and she usually agreed. I cannot tell you how wonderful it was to know that Pat would be there every Friday to relieve us for the day. During those days, I also got to know my sister-in-law better and renewed our friendship.

There are many resources available to people who are caring for an elderly parent in their home. Take advantage of as many of them as you can. It takes a great deal of burden off your shoulders and helps your time with your parent to be productive and enjoyable. Caring for an elderly parent need not rob you of your joy, in fact you will only get closer and that is a big plus.

Having a parent in your home is a very big responsibility, but you don’t have to do it in your own power. We realized right away that God had to be a part of this plan or it wasn’t going to work. We prayed over every decision. We knew that often there were hard feelings between siblings when one child housed a parent. We prayed about that. We felt like God was saying, “Let them be involved,” and we got the added benefit of feeling closer to our siblings too. We prayed about Mom’s expenses, and God sent us the fellow who helped us contact the VA to get her widow’s compensation. We prayed about me feeling envious of Paul babysitting the grandkids without me, and God gave us the helper folk who allowed me to babysit alongside my husband. It is in no way easy to care for an aging parent, but with God’s help you can do it and reap wonderful rewards at the same time. 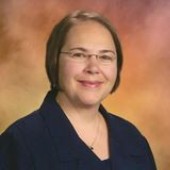