Esther is one of those stories that touches me differently each time I read it. Often I see her strength as a focus of the story. She was afraid to go to King Xerses, but she did it anyway. Today when I read her story Mordecai caught my attention more than usual. He stepped in when she had been orphaned and assumed the role of parent and mentor in her life. He encouraged her to remain silent about her identity when she first went to the palace. When he came to her after Haman’s plan to destroy the Jews had been set in motion, he pressured her to go to the king.

My Life Application Study Bible puts the header “Mordecai Persuades Esther To Help” in front of the passages that show their conversation. I think Mordecai was doing more than trying to talk Esther into something he wanted done. He was calling her out for shying away from what God wanted her to do.

Mordecai was holding Esther accountable to her faith and her promise to follow God.

Esther was the queen-She could have sent Mordecai away and ignored his counsel. Most likely if all of the Jews were killed no one would ever know her heritage. There was a good chance she would remain safe within the palace for many years. Refusing to help Mordecai must have been the safer choice for Esther.

But Esther did an amazing thing that night; she took Mordecai’s attempt to hold her accountable and submitted. She initially gave excuses why she could not help, but he persisted. He very plainly said if she didn’t speak up, God would use someone else. At the moment she accepted this mission, she still relied on God for support and told Mordecai to gather all of the Jews and fast and pray.

I cannot help but wonder how many of us are willing to take stern words from those that love us and acknowledge them as God’s will.

We often bristle when people try to hold us accountable. It seems we value our own free-will more than God’s plan for our lives.Would we begin to face our Hamans and become a light for our people?

God uses Esther to teach us to surround ourselves with Moredcais, forgive our Hamans, and become Mordecai to the Esthers in our lives. 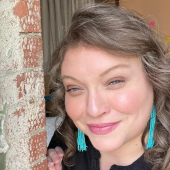 Life Coach, Author, and Digital Strategy Coach for Christian Entrepreneurs, Angela J Herrington teaches her clients how to tap into the power of digital marketing. She specializes in developing sales funnels and social media strategies for coaches and solopreneurs who want to make a difference in their communities. In two years she has built social media and blogging platforms that reach over 200,000 people in 40+ countries each month. Angela is a Lark’s Song Certified Life Coach and a dynamic speaker who creates enormous value for her audience. She is known for crushing complex topics down to bite sized pieces and sending her audience home with actionable steps to apply their learning. Angela has received rave reviews at women’s ministry events, writer’s conferences, and small business workshops. She holds a BA in Biblical Studies and will earn a Masters in Leadership from Wesley Seminary in April 2017. Angela’s short story ``The Turkey Trail`` was published in the collection Naturally Yours: Stories About Indiana's State Parks and Reservoirs. She also enjoys social media, travel, photography, cooking, canning, and exploring old fashioned ways to live life with her family.

Come out into the deep