From the time I was a young adult, I knew that my passion and calling was to serve others. I’ve had the opportunity to serve in the military, as a law enforcement officer, as a Biblical Counselor, as a teacher, and as a health and fitness coach. I love serving people. If I were to choose which one of those areas was the calling that God placed on my life, I would tell you that I have been called to minister to women in the areas of health, fitness and wellness. I find nothing but pure joy when I get to watch another woman of faith learn how to incorporate healthy choices in her life resulting in more energy, increased strength, and confidence in pursuing her passions. I was born to coach, to teach and to serve.

I’ve been blessed with a good portion of my days being available for writing, ministering, creating and serving. I teach part time at several local colleges, coach a handful of clients in person and online and lead a faith and fitness group at my church once a week. The rest of my time during the day is devoted to pursuing my calling and spreading The Good News message through my ministry.

But, lately I’ve been experiencing some
roadblocks with moving forward in my calling.

I’ve come to a place where I am second guessing if I should even keep going. The lies that are thrown at me remind me of my failures, my inability to grow, the saturation of the fitness space on the internet and my selfishness as a mom pursuing something other than my kids. I’ve experienced the comparison trap and the lie that no one will notice if I just stop.

Besides the lies that are whispered in my ear, my family has been a little chaotic lately. You see, I have 4 adopted children through foster care. My inability to conceive has never been explained, but we were blessed to grow a beautiful family despite an empty womb. We grew a beautiful family; a family with some special needs that requires daily care.

So, the days that I had set aside for writing, ministering, creating and serving have recently been filled with ER trips, urgent doctor visits, sick kids, therapy appointments and just plan exhaustion. Every time I sat down at the computer ready to put a new idea into action, something came up where I needed to leave and pick up a child from school or intervene in what seemed like World War 3 in my home.

I came to a place last week where I was ready to stop everything.

I had no energy left to pursue my ministry and no patience left to deal with my kids. I was truly ready to just give up. I felt that maybe I had my calling all wrong. I was confused and really wanted this season of life to be over. Was I really being called to this ministry? Had God really called me into motherhood even though I couldn’t conceive? The lies kept getting bigger and more believable until realized I was in the exact position that the enemy wanted me in. I was complacent, cold and not answering the call that had been placed on my life. I was idle. And, just like a car that is shifted into neutral, I was lacking any forward or backward motion in every area.

A calling isn’t a job or a title or a position. A calling is a posture of the heart. It’s being presented with an opportunity and using that opportunity to glorify God.

This season of crazy, messy chaotic life isn’t nearing an end any time soon. I am bracing myself for some more setbacks, hurdles and roadblocks coming up. But, I will no longer allow myself to be idle. I’ve been called. I’ve been called to do hard things; things that will further the Kingdom and bring glory to the name of the Lord. Will you join me? 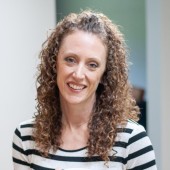 Kristen Ekiss is a passionate lover of people and and an introvert at the same time. She is pursuing hard after Jesus and is so thankful for grace because she doesn't always do it right. She has been married to her husband Ben for 8 years and together they are raising their 4 adopted children in Wisconsin. Kristen has been a health and fitness coach for over a decade and believes that fitness and nutrition are a tool that God has given her to spread the Gospel message far and wide. Currently Kristen is an adjunct instructor at a local college and serves as a Biblical Counselor at her church. She is a certified Revelation Wellness instructor where she is on a mission to Love God, Get Healthy, Be Whole & Love Others.