Secrets are delicate but intense all at once. We hold them like a fragile ornament we cannot squeeze too tight. Yet some secrets can fiercely consume us. They can be like fire, spreading further, wrecking more in its wake when we don’t confess their power out loud.

There are times when a secret comes to the surface on its own, like an ignored shadow that followed behind me now projecting itself clearly on a wall. We don’t plan this, and we may not have even known this secret existed, so we reel the shadow back in while we explore it alone.

This weekend, I came face to face with my shadow—a secret I had so deeply hidden I wasn’t aware it had taken over every crevice of my being. The way I thought, what I did during the day, and my interactions with others all were a reflection of this secret.

I had discovered my self-worth depended on approval from others.

This realization came to me during a few rare moments of quiet time. I was sitting reflecting on instances I had taken personally and sorting through the effects.

Coming from someone who had convinced herself God alone was her identity, this was a secret that was hard to swallow. All the situations where I had let others define me started playing in my head like a movie reel. I saw conversations with loved ones where I sat back in agreement rather than speaking up. A slideshow appeared of writing I neglected to share for fear of being controversial. I noticed myself dealing with hurtful conversations I couldn’t let go.

And I saw images of gifts God had given me that I didn’t
fully experience because my focus was only on acceptance.

The last part stuck with me.

I was recently given the gift of sharing my writing with a larger audience. I received so much amazing support, but there were a few I had expected to hear from who I did not. This ate at me inside.

“Why don’t they care?

“This was such an honor and they didn’t say anything!”

I began to feel like my accomplishments weren’t as big as I originally thought. I was already thinking of the next thing I could do to gain their support. It was like a game of Whac-A-Mole where the animals were the gifts and I stood there hammering them back down over and over.

My entire life has been spent chained to my idea of worthiness:
“I’m worthy when those around me say I am.”

This thinking is false, I know it is, but I haven’t lived any other way.

The introduction to my shadow soon led me to an image of my life so clearly depicted but unexpected. During my quiet time, I saw myself standing on a shore looking up at a mountain full of people offering love and acceptance. The mountain stood tall disguised with hope. I remained on the shore where I found the things I needed to equip myself to make the climb. I needed to gather supplies and train myself to use them. Beyond the shore was the ocean. I have a fear of the ocean, so I really didn’t want to see this in the vision. But what I saw etched itself into my heart. All the things I feared within the ocean were being blocked by a barricade of angels and what was left was a peaceful ocean of holy goodness inviting me in.

To me, the ocean represented the freedom I had been missing. I hadn’t even turned around to notice the water because I was too busy training for the mountain and reaching the people who I thought would guarantee approval. What I hadn’t seen was that each step up the mountain turned out to be a step further away from the ocean where God and his fulfillment awaited.

Acceptance is a difficult battle full of insecurity and uncertainty.

Stripping yourself from the clutch of others is freeing. Since this discovery, I have been more conscious of my interactions. My conversations and encouragement of others have always been authentic. I simply forget that I don’t need the other side of the conversations to define me. I now have said “no” much more than before; I have practiced vulnerability. And I have focused on letting my words to others be enough without the need for reciprocated approval.

Our struggle is a part of our story. I’m still not sure what these discoveries mean. And I definitely don’t know how to change my focus back to God and His identity within me, but what I do know is that confessing this hidden secret has made the shadow a bit smaller and healed a piece of my heart. I hope sharing this can spread courage to work through the parts of yourselves that may need to come into the light.

We are in this together!

Amanda is a wife, mother, writer, and life coach. Pen and paper make her spirit come alive. She spends her creative time reading, decorating, and handwriting fonts. Her world is better with an assortment of chocolate and a stack of books packed and ready for travel. Read more at https://whatabeautifulmesswerein.wordpress.com/ 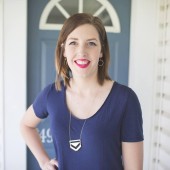 Amanda is a wife, mother, writer, and life coach. Pen and paper make her spirit come alive. She spends her creative time reading, decorating, and handwriting fonts. Her world is better with an assortment of chocolate and a stack of books packed and ready for travel. Read more at www.downsupsteacups.com